Waking up to my world of Just 1 second faster…

What is the Value of 1 Second?

Before we go into that, how about 1/100th of a second? Doesn’t feel like much? But there was a time that a 1/100th of a second did matter – To Michael Phelps, Milorad Cavic, Olympic Team USA, Serbia and the sporting world. It is the difference of gold medal, world recognition and even more.

The world only remembers the champions – the best, the fastest, the strongest… The second in place may not even get half the recognition and the fourth fastest, strongest athlete in the world doesn’t even get a medal or media exposure at the prize ceremony.

If we live in the movie, In Time, you would realize the importance of every second, with every second ticking away on your arm, especially if you have very limited amount day to day.

For those who missed the movie. It is a world where everything is paid by time. When your time goes to zero, you die. Our hero in the movie, Justin Timberlake lost his mother by a split second as they failed to share their time at the very last moment. And comparing to the rich people in big city, they were living in the suburbs , the behaviors are different too, especially in day to day routine like walking faster.

This is a mindset of every second is not only important but precious too. Every second should be spend wisely, fully maximized. People tends to cherish things that are either lost or very limited.

1 second can mean a difference between life and death, glory and failure, or even between now and the next second or the previous one that you just spent reading. What matters is what does 1 second mean to you?

What Faster by 1 Second Can Do For You?

To most of us, it is a never ending race – Time never stops. Every second I am trying to outsmart myself.

Imagine a day where you missed the transport to your next destination by a few seconds, that few seconds costed you a few minutes to a few hours or even days. And maybe then, the “If Only…” regrets starts to kick in…

“All these seconds faster, I would have been on time! And why didn’t I thought of it before…”

You Are Your Best Competitor

I applied this to theory when I ran my first marathon too – Even when walking, I make sure I am walking faster than others. Thus helping me cuts down my timing. For a decade I have not run past 3km, and without much preparation and good gears, I considered it quite an achievement finishing with 6hrs 33mins.

It doesn’t matter what you are doing, but as long as you keep yourself at a faster pace. It gets your action going and helping you gain momentum faster. And by doing things faster, you will tend to be more focused too.

People functions differently. For those who thrives in a competitive environment, you can aim to beat someone. Having a competitive target can be a very strong motivation. If you are the world’s fastest, you still have competition with yourself (your personal best record) or the one closely behind. Even if you are the world slowest, you still have your own timing to beat. So in essence, you are actually in competition with nobody but yourself.

Challenging yourself instead of others, will take away much expectation stress and thoughts of giving up as you may not be as good as a competitor who is better trained or conditioned. It will at least get you started. There are many ways to a goal, choose one that suits you or at the least, one that you can be comfortable with.

That’s my personal strategy to getting things done faster: Challenging myself to do everything faster, even if it is just 1 second faster – it will do. 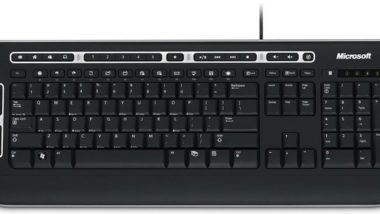 How To Type Faster?